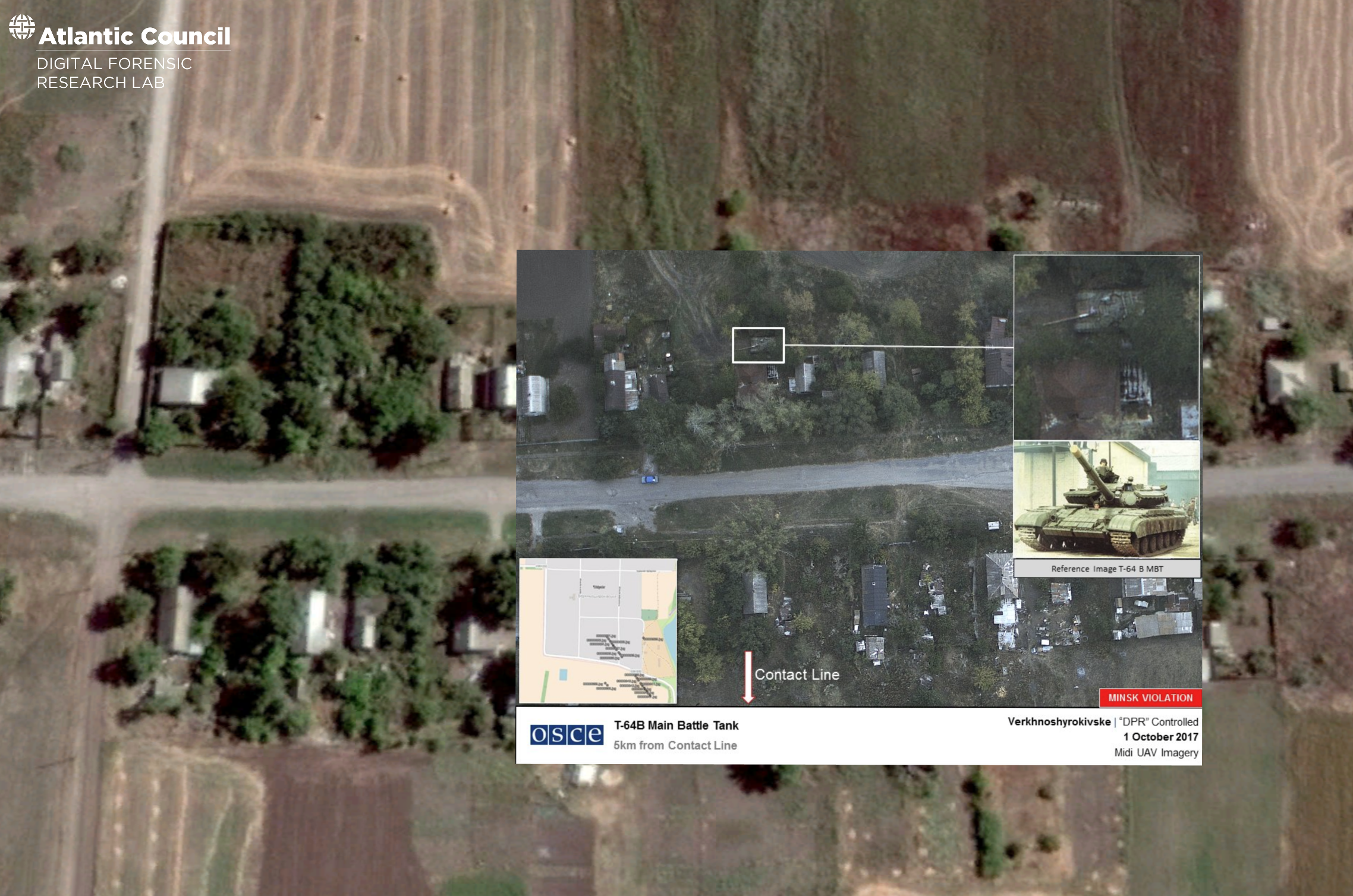 This incident took place on the the same day of the report. Russian-led separatist forces pointed a machine gun at the OSCE SMM patrol moving through a checkpoint; the flashpoint served as a reminder of consistent danger to the neutral monitors on the ground.

An SMM patrol comprising two armoured vehicles and six members were stopped by armed men at a checkpoint near “DPR”-controlled Verkhnoshyrokivske (formerly Oktiabr, 29km north-east of Mariupol) at 09:57. As the patrol waited to pass through the checkpoint and proceed further east into non-government-controlled areas the SMM observed a partially covered and unattended heavy machine-gun (12.7mm) ten metres in front of the first SMM patrol vehicle. A few minutes later, two men in military-style clothing approached the heavy machine-gun, reloaded its ammunition and pointed it directly at the first SMM patrol vehicle. They then repeated this action. After a few minutes, as the armed men moved the heavy machine-gun toward a stationary military-style vehicle (Ford Transit painted in camouflage pattern) they stopped and pointed the gun directly at the first SMM patrol vehicle from a distance of three metres. The SMM left the location at 10:16 and proceeded further east into non-government-controlled areas as planned. The SMM returned safely to base in Mariupol at 16:15.

This checkpoint is likely located just west outside of Verkhnoshyrokivske, visible in recent satellite imagery showing queues of vehicles waiting to cross.

Russian-led separatist actions in and around Verkhnoshyrokivske demonstrate a pattern of infractions to the Minsk agreement with frequent deployments of Minsk-banned weapon systems and freedom of movement (FOM) violations. In some instances, Russian-led separatists deployed the weapon systems in question to residential areas. In one instance, the OSCE SMM observed a T-64 tank in the back yard of a residence. Below, the OSCE SMM shared a drone photograph taken almost four weeks before the recent threat against OSCE SMM monitors in Verkhnoshyrokivske.

In the image below, @DFRLab geolocated the UAV image to a residential area in southern Verkhnoshyrokivske.

The recent deployment of heavy weapons in Verkhnoshyrokivske is not a new development. In March of this year, the OSCE SMM observed a tank in the non-government-controlled village:

“In addition to the numerous weapons referred to above, the SMM directly observed weapons in violation of the respective withdrawal lines. In areas currently not controlled by the Government, the Mission saw one stationary tank (type undetermined) in north-western Verkhnoshyrokivske…”

Armed persons at a checkpoint west of “DPR”-controlled Verkhnoshyrokivske (formerly Oktiabr, 29km north-east of Mariupol) stopped the SMM and did not allow it to proceed, citing ongoing “military activities” nearby. The SMM informed the JCCC. After 46 minutes the SMM was allowed to pass the checkpoint.

A person in military-style clothing at a checkpoint west of “DPR”-controlled Verkhnoshyrokivske (formerly Oktiabr, 29km north-east of Mariupol) stopped the SMM and did not allow it to pass the checkpoint.

Two persons in military-style clothing at a checkpoint west of “DPR”-controlled Verkhnoshyrokivske (formerly Oktiabr, 29km north-east of Mariupol) stopped the SMM and did not allow it to pass the checkpoint. Some 20 minutes thereafter, an armed individual allowed the SMM to proceed.

The hotspot area near Mariupol, called “Sector M” by the Ukrainian Anti-Terrorist Operation (ATO), has received far less attention in international media than the more visible hot spots near Donetsk and Avdiivka. However, some of the fiercest fighting since the second Minsk accords were enacted in February 2015. has taken place there. The Minsk accords are in effect in name only around Verkhnoshyrokivske.

The fact that Russian-led separatists have continuously deployed Minsk-banned heavy weapons in the village of Verkhnoshyrokivske not just in October, at least since 2016, remains an open secret. The latest incident of Russian-led separatist forces threatening OSCE SMM monitors underscores the dangers faced by international group of neutral observers; however, even when they are allowed access to the area, heavy weapons systems are hidden in plain sight.

Follow the latest Minsk II violations via the @DFRLab’s #MinskMonitor.