MH17 as a Result of a Pattern of Escalation

Surveying the anti-aircraft missile systems in

MH17 as a Result of a Pattern of Escalation 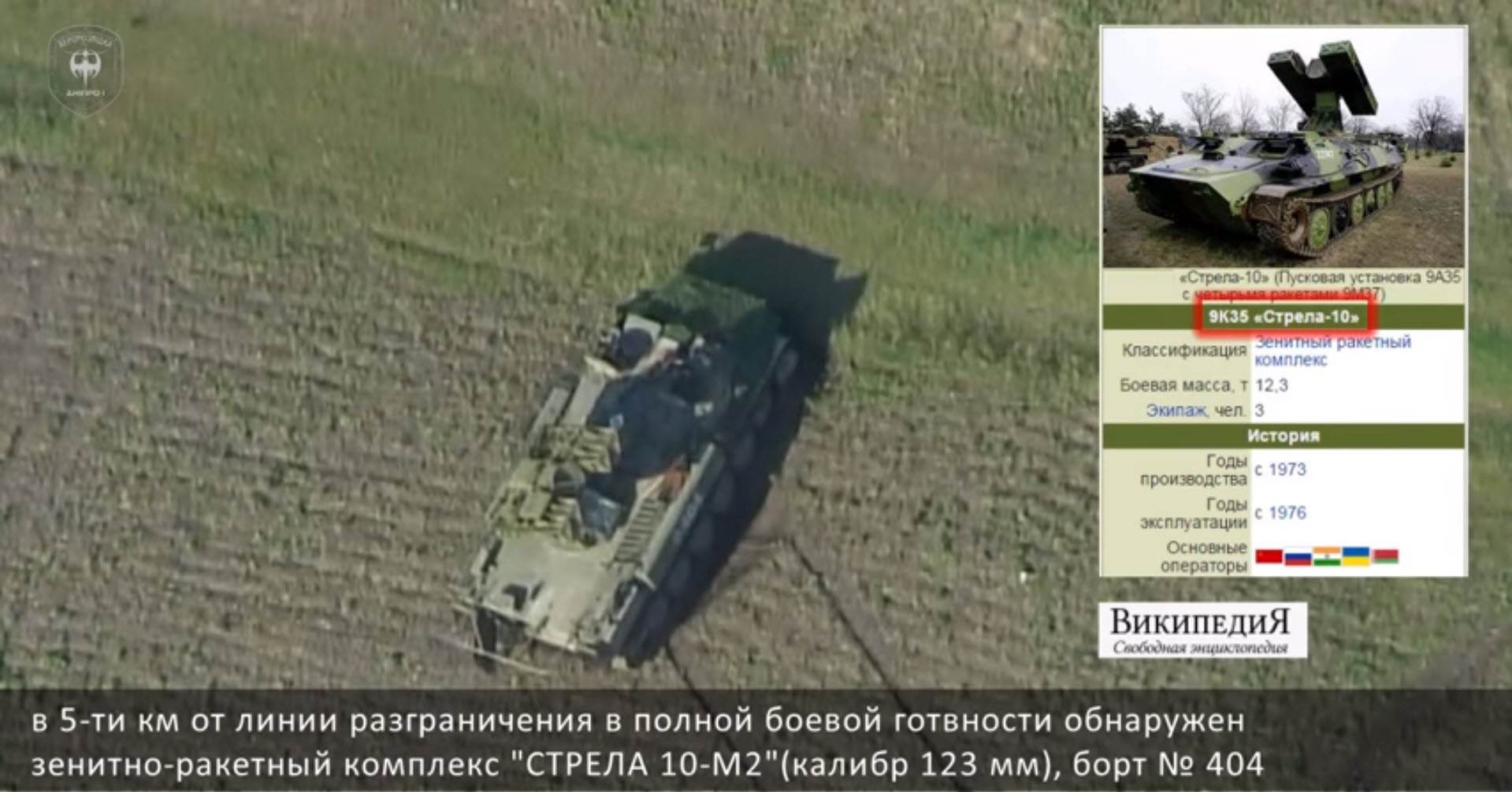 In last week’s press conference held by the international criminal investigation into the downing of MH17, we heard of how a Buk-M1 (NATO designation SA-11 Gadfly) arrived in Ukraine from Russia on July 17, 2014, and returned to Russia the following morning — sans one missile, which was launched friend a separatist-controlled field south of Snizhne, Ukraine. The Russian military’s decision to transfer this Buk-M1 missile launcher into Ukraine was one of the single most fateful and tragic decisions of the war, but it was not an isolated incident. Both before and after the shootdown of MH17, Russia has provided various anti-aircraft missile systems to separatist fighters, some of which have been used to inflict dozens of fatalities.

The Pantsir-S1 system is produced in Russia and has never been exported to Ukraine, making it an example of a piece of military equipment that, if found in Ukraine, would definitively prove that Russia provides military equipment to separatists. In February 2015, a video was published showing a Pantsir-S1 anti-aircraft missile system in separatist-controlled Luhansk:

This location can be easily confirmed as Luhansk through simple geolocation, as done by Bellingcat last year:

Other sightings of the Pantsir in early 2015 can be found on Bellingcat’s Ukrainian Conflict Vehicle Tracking Project, including sightings in Makiivka and Shakhtarsk, Ukraine.

There are numerous Strela-10 complexes used by separatist forces in the Donbass, and they have been openly used in training exercises.

The Strela-10 can fire at targets that have an altitude of up to to 5,000 meters (though conflicting sources give 3500 meters)— not near the height necessary to threaten passenger planes for high-elevation military cargo planes. On July 16, 2014, the day before the downing of MH17, a Strela-10 was seen in a field just a few kilometers from the eventual launch site of a Buk missile. With the Strela-10 were Igor “Strelkov” Girkin and Aleksandr Borodai.

Last year, members of the Ukrainian volunteer group Dnipro-1 Battalion shared a video taken with a surveillance drone they deployed. This footage showed that separatist forces deployed a Strela-10 system just five kilometers from the withdrawal lines — in violation of the Minsk II accords.

There have been no verified photographs or videos of a working Osa in the armament of separatist fighters. However, in February 2015, an official from the Luhansk People’s Republic (LNR) announced that its fighters captured eight broken Osa systems from the Ukrainian military back in September 2014. Additionally, Donetsk People’s Republic (DNR) forces reported capturing one Osa from Ukrainian forces in August 2014. However, there has been no verified uses of this system during the Ukrainian Conflict.

At least one Tor missile complex was under the control of separatist forces in the summer of 2014, as evidenced by two videos showing a Tor system moving through or near Krasnodon. However, it seems just as likely that these convoys were actual Russian military, rather than equipment “gifted” to the DNR/LNR. Both videos were filmed in September 2014:

In 2015, there were often rumors that Russia sent a Tor missile complex to separatist forces in the Donbass, or that a Tor system was being transported through separatist-held territory. This rumor was reported by the notoriously unreliable Ukrainian “military analyst” Dmitry Tymchuk in April 2015, by the Ukrainian Ministry of Defense in August 2015, and yet again by Tymchuk in October 2015.

There has not been complete confirmation, but it appears that the Tor missile system has been used in the Ukrainian Conflict, as noted by Armament Research. There have been photographs and videos that seem to show potential uses and remnants of missiles used by Tor systems, including some seen in a tweet from a popular Ukrainian user.

The Tor missile system was removed from Ukraine’s arsenal in 2001, while they have been seen in Russia near the Ukrainian border after the beginning of the Ukrainian Conflict.

This shoulder-mounted rocket launcher is one of the most commonly used anti-aircraft systems in the Ukrainian Conflict. Most infamously, what was likely an Igla was used in the June 14, 2014 shootdown of a Ukrainian IL-76 military cargo jet by the Luhansk Airport, killing all 49 people on-board. In an investigation following the incident, launching tubes for a Igla were supposedly found near the launch position for the attack. The attack was captured from a distance by an online traffic camera:

Four days after the IL-76 downing, the Ukrainian Ministry of Foreign Affairs demanded an explanation from Russia regarding boxes of Igla missile launchers that supposedly originated from an anti-aircraft brigade — Russia’s military unit 33589 — based out of the Krasnodarsky Krai.

Russian state media reported in March 2014 that caches of Iglas were stolen during the unrest of early 2014 in Ukraine, and perhaps came into the hands of the far-right group Pravy Sektor. However, this information has been denied by Ukrainian authorities, and there was no reliable supporting evidence provided by Russia’s Vesti.

In May 2014, the Ukrainian Military TV channel published a video that showed a cache of weapons captured from pro-Russian separatists in Kramatorsk. In this video, a Polish PZR Grom MANPADS is seen amongst the haul. Armament Research, with assistance from Bellingcat founder Eliot Higgins, identified the MANPADS, and noted that the Grom has a Russian gripstock.

The origin of this PZR Grom is unclear, though Armament Research speculates that it came from Georgia, or more likely, from somewhere in Russia after it was captured in Georgia during the 2008 war (Georgia purchased 30 of these MANPADS in 2007).

There are no confirmed uses of this weapon in the Ukrainian Conflict.

Like the Igla, there have been shoulder-mounted Strela-2 missiles and canisters photographed under the control of pro-Russian separatists.

PT: Here’s a better view of the 3 militiamen, who were photographed in #Donetsk by @SergeyPonomarev. #Russia #Ukraine pic.twitter.com/AtVLCyhRdB

However, it is difficult to assess if there has been extensive use of the Strela-2, as it is not easy to distinguish between MANPADS in most videos of strikes on Ukrainian helicopters and planes. That said, a story from April 2015 describes how a Kazakh volunteer joined the militants in eastern Ukraine, and how — as he describes after facing criminal charges for his activities — he used a Strela-2 MANPADS to down a Ukrainian UAV.

The downing of MH17 from a Buk-M1 missile system was the most tragic result of a series of escalations from Russia and the separatists it supports in bolstering its air defense in the Donbass. In 2016, it is difficult to find many verified uses of anti-aircraft systems in the conflict — just as it was difficult in late 2014 and 2015, following the downing of MH17.

Now, the Donbass remains a “de facto no-fly zone” (and de jure, following the July 17, 2014 NOTAM) for both the Ukrainian air force and civilian passenger jets — and for good reason, following the events of summer 2014. However, is there still a threat of another MH17, if civilian airliners were to resume regular passage above eastern Ukraine? As quoted in the Daily Signal, editor of Jane’s Defense Weekly Nick de Larringa says that there is “not enough information available” to determine what Russian anti-aircraft missile systems remain in Donbass, due to their relative dormancy. However, the aforementioned Tor missile system that was photographed and filmed in eastern Ukraine in 2014 remains unaccounted for. Its altitude range rivals that of the Buk, and under certain conditions, could pose a threat to a civilian airliner.