Explained: Ukraine’s Case Against Russia at The Hague

Analyzing the evidence presented by Ukraine

Explained: Ukraine’s Case Against Russia at The Hague 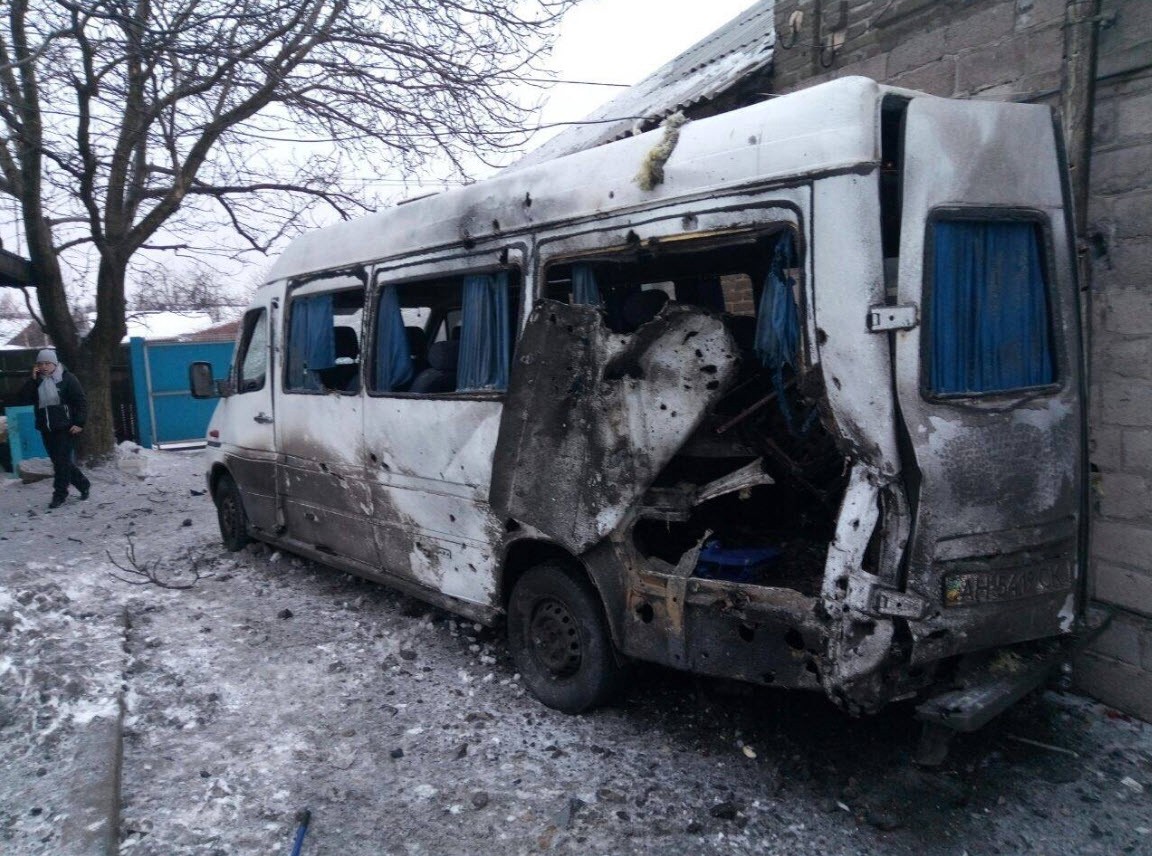 On Monday, oral observations began for Ukraine’s case against Russia at the International Court of Justice (ICJ) at The Hague, where Ukraine accuses Russia of funding and supporting terrorism in the Donbas and human rights violations in Crimea.

In its oral argument, Ukraine provides a handful of specific examples of alleged terrorism perpetrated by Russian-backed separatists against Ukrainian civilians. Ukraine claims that Russia bears responsibility for these acts of “terrorism” in the Donbas through its funding, outfitting, and support of separatist forces.

Burn marks from the firing Grads can be observed on the same day of the attacks in eastern Donetsk. Clearly, judging by the traces at the firing site, these Grads were pointed northwest — towards Avdiivka.

The chief of Ukraine’s Donetsk Oblast police, Vyacheslav Abroskin, shared photographs of some of the damage to residential areas in Avdiivka, as described in the oral proceedings of March 6.

A month after these specific Grad attacks, fighting near Avdiivka has subsided, but still continues.

The Russian response is two-fold: denying the extent of impact to civilians by citing OSCE reports, and by framing the admitted attacks against civilians in Avdiivka as shellings targeting Ukrainian military targets. The four tanks in Avdiivka mentioned by the Russian representatives were indeed near a residential area, but there were no reports of outgoing fire from the area.

The Volnovakha bus attack is one of the bloodiest episodes of the war in the Donbas, claiming the lives of 13 civilians after Russia-backed separatists launched Grad missiles northeast of a Ukrainian checkpoint, where a bus was present at the time. A security camera captured the entire scene, showing incoming rockets fired from the northeast.

As shown in a dashcam video taken during the attack, the checkpoint was congested at the time, and was frequently used by civilians.

The Russian representatives did not counter Ukraine’s claim that separatist forces were responsible for the attack, but instead presented the claim that separatists were targeting a legitimate military target (an armed checkpoint), and that Ukraine was also guilty of shelling civilians near such a checkpoint. The Russian representatives correctly argued that the April 2016 shelling at Olenivka was likely carried out by Ukrainian forces, as detailed in a previous DFRLab investigation. In this investigation, we confirmed the OSCE SMM to Ukraine assessment by conducting a crater analysis per the U.S. Army’s method. The analyzed crater, located at Lenina 55 in Olenivka, shows that the artillery fire originated from the south-southwest — corresponding with Ukrainian military positions at the time.

However, there is greater context needed to better understand the situations of both incidents, as the Volnovakha attack was carried out in broad daylight when one would expect civilians to be queuing at the checkpoint. The Olenivka attack, by comparison, was conducted late at night when the queue should have been cleared, but some civilians were sleeping in their vehicles overnight due to an unusually long line.

The Mariupol rocket attack from January 24, 2015 was the single most deadly attack against Ukrainian civilians in the war, claiming 30 lives.

The Ukrainian Security Service (SBU) published an intercepted phone call supposedly showing an intent to target civilians; however, it is difficult to verify the brief conversation without additional details.

Similar to the Volnovakha response, the Russian representatives did not deny separatist culpability in the attack, but instead redirected the argument to intent, pointing to a nearby Ukrainian checkpoint. Russia based its argument on the OSCE spot report; such reports are made immediately after significant incidents. However, after further investigation, the U.N. political affairs chief held that the separatists fired the rockets and “knowingly targeted a civilian population. (…) This would constitute a violation of international humanitarian law.”

Seven civilians died and more than thirty were injured after Russia-backed separatist forces carried out a bombardment of Kramatorsk on February 10, 2015.

Smerch (“Tornado”) rockets, which release fragmentation submunitions, were used in this attack. An investigation from the International Partnership for Human Rights (IPHR) found that thirty-two projectiles were fired from four Smerch systems from separatist-controlled territory.

Again, Russia redirects the argument to claiming that the target of the deadly Kramatorsk rocket attack was a military base. However, the IPHR investigation into the attack would disagree with the Russian assessment:

A legal assessment of the attack revealed several grave violations of international customary law: the indiscriminate nature of the attack, the direct attack on civilians and the violation of proportionality. The attack can thus be qualified as a war crime and should be investigated by the relevant authorities in the framework of international law and armed conflicts.

The incidents cited by Ukrainian representatives are well-known and have been analyzed by numerous analysts, including at DFRLab. The Russian legal response has been interesting for its hesitation to advance many of the same arguments that have been seen on Russian state media — claiming that many of these attacks were actually carried out by Ukrainian, not separatist, forces.

Many of the other claims made by Russian representatives are absurd when we consider the available open source information, especially the claim that Russia has not provided weapons or funds to separatist forces. The Russian argument instead claims that separatists have only primarily seized Ukrainian weapons and old Soviet weapons left in the “coal mines” of the Donbas. This begs the question — what would be the secondary source of these weapons, if the primary source of separatist armories is coal mine treasure and trophies from victories over Ukrainian forces?

The Russian representatives likely took this claim of old Soviet weapons in mines from the example of Ukrainian-controlled Bakhmut (see Yevropeiska Pravda). This mine was a storage base for Ukrainian military unit 2730 and located here, as seen on Wikimapia. However, as noted by Euromaidan Press, separatists did not manage to seize this location in 2014, thus could not have used its weapons in its 2014 offensives against Ukrainian forces. This does not even begin to consider the question of how separatist forces managed to acquire equipment exclusively used in the Russian Armed Forces and not exported, such as the T72-B3 tank.

The ICJ has not yet ruled on the case, though both Ukraine and Russia have completed their hearings. We will continue to monitor the case, along with any future influence the case may have in altering Russia’s support of separatist forces in eastern Ukraine.

For more indepth analysis from our regional experts follow the AtlanticCouncil’s Dinu Patriciu Eurasia Center. Or subscribe to UkraineAlert.