What open sources tell us about the incident in Balakliya, Ukraine 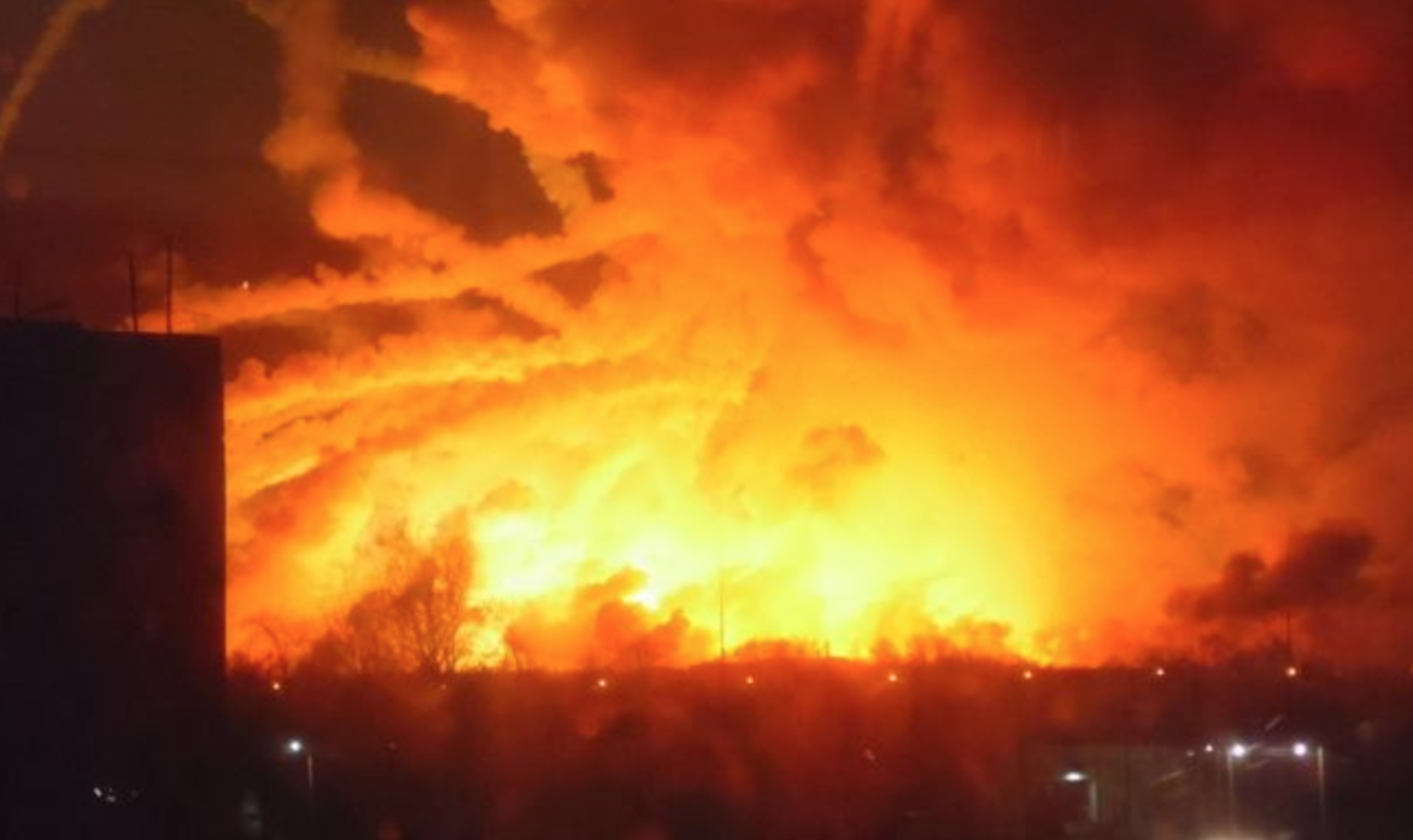 What open sources tell us about the incident in Balakliya, Ukraine

On March 23, 2017 at 2:46am local time, a fire started at an arms depot in Balakliya, a town near Kharkiv and approximately 150 kilometers away from the front line where Ukraine is fighting Russian/separatist forces.

The arms depot is the largest in the country, according to the BBC. It is just over 2.5km long at its widest, and half that width, covering an area of almost 350 hectares (850 acres).

Due to the sheer number of explosives stored at the depot, what started as a fire quickly turned into a chain of explosions:

It continued well into the morning and, as of noon local time, had not yet been brought under control, with EspresoTV reporting that there were 250 firefighters on the scene.

A large-scale evacuation was launched. By noon local time, almost 20,000 people appear to have been evacuated from the affected areas, and a fifty-kilometer danger zone had been declared around the burning depot.

A video posted by a Twitter user @ddya_sasha appears to confirm the scene set out by the pictures above:

Pictures from the aftermath of the initial explosions show damage to buildings in Balakliya. The images below come from a local group on the social network Vkontakte, and appear to show that the explosion at the depot set off munitions, some of which hit residential areas.

The large cloud of smoke coming from the depot was still visible in the sky during the morning, as seen in photographs from the State Emergency Service of Ukraine (DSNS Ukraine).

Although the investigation is ongoing, the Ukrainian authorities are treating it as sabotage:

About Balakleya without panic (updated)

Ukrainian Defense Minister Stefan Poltorak said at a briefing that investigators were looking at various explanations, including the possibility that a drone had been used to start the fire.

According to the preliminary version, it was a diversion. Various ways of conducting the diversion are being considered, from the deployment of an unmanned aerial vehicle to a detonation.

The head of Ukraine’s SBU intelligence agency, Vasiliy Gritsak, appeared to confirm that this was one of the theories, saying, “If an aerial device can carry an explosive 35–40 kilometers, are there many ways of preventing it?”